Recently there have been several news about companies whose merchant accounts were hacked. No one wants to face this costly problem, thus we decided to write about the security problems and breaches into banks accounts data.

First of all, we need to understand who is in the high risk group to be hacked. Sorry for using this broad-term, but under “hacking” we mean any kind of security breach which results in losing confidential data or money. Target group of fraudsters is usually small merchants, whose business accounts are opened at the bank. It is very important to notice that merchant himself opens a business account for his company in the same bank he has a credit card or a current account. Research undertaken by “Javelin Strategy & Research” has shown that around 45% of all fraud attacks were targeted at business accounts credit card information, customers’ payment data or owners email/phone systems. Nowadays most of the clients’ data could be imported from email accounts or through the phone number, because it is connected with different messenger systems like Skype, Whatsapp, Viber and others.

Javelin further reported that more than 5% of micro merchant account holders and more than 6% of small merchants faced the data leak last year from their customers’ database, which could further evolve into stealing their accounts. More research showed that micro merchants (annual earnings from $100,000 to $1 million) were hacked for an average sum of $14,700, whereas small merchant account holder ($1-10 million annually) lost on average about $6,100 due to fraudsters activity.

This whole research showed that even though amount of money stolen from single merchant is pretty small altogether it results in billions of dollars annually acquired by hackers, which is unacceptable in this evolving online payments industry.

If hacker will get important business information like business plan and company’s email account data, then after couple of month of analysing money flow they can intercept the transactions and forward them into their own accounts. In USA alone the number of frauds from businesses in such manner (according to the FBI) account for the amount of $1.2 billion annually. Criminals know that it is better to target small businesses rather than personal accounts, because simply businesses have more money on their accounts. There are simple techniques which fraudster use in order to direct the money from business into their accounts without even getting access into the merchant account itself. It could be done through business CRM or even by using company’s email address.

In order to make your own merchant account thus your business money safe from the fraudsters there are several ways you can do as an owner of the business even though it mostly depends from the banks or third-party companies which you use for your merchant accounts.

No matter how big your business is, always remember, when opening your merchant account, you can add additional information into the agreement which says something about “fraud”, “hack”, “data breach” etc. This will be your backup, so that you can sue the bank or third-party company as well as it gives more motivation for those merchant account providers to invest into security systems.

If you want to get a secure, quick and affordable merchant account solution for your business then our team of professional IT and financial specialists would happily assist you. Just get in touch! 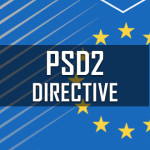 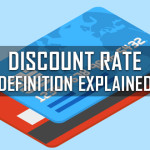 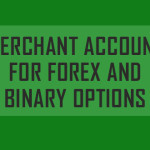